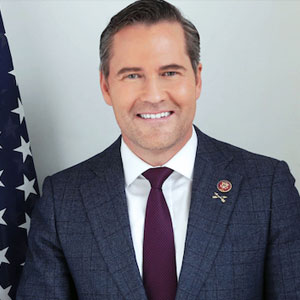 Congressman Mike Waltz represents Florida’s 6th congressional district. Mike is a Colonel in the National Guard, a combat-decorated Green Beret, former White House and Pentagon policy advisor, small business owner, and a proud father. He graduated from the Virginia Military Institute, has served over 24 years in the U.S. Army, and is presently serving in the National Guard. After being commissioned as an Army lieutenant, Mike graduated Ranger School and was then selected for the elite Green Berets, serving worldwide as a decorated Special Forces officer with multiple combat tours in Afghanistan, the Middle East and Africa. For his actions in combat, Mike was awarded 4 Bronze Stars and 2 with valor. He is the first Green Beret to be elected to Congress.