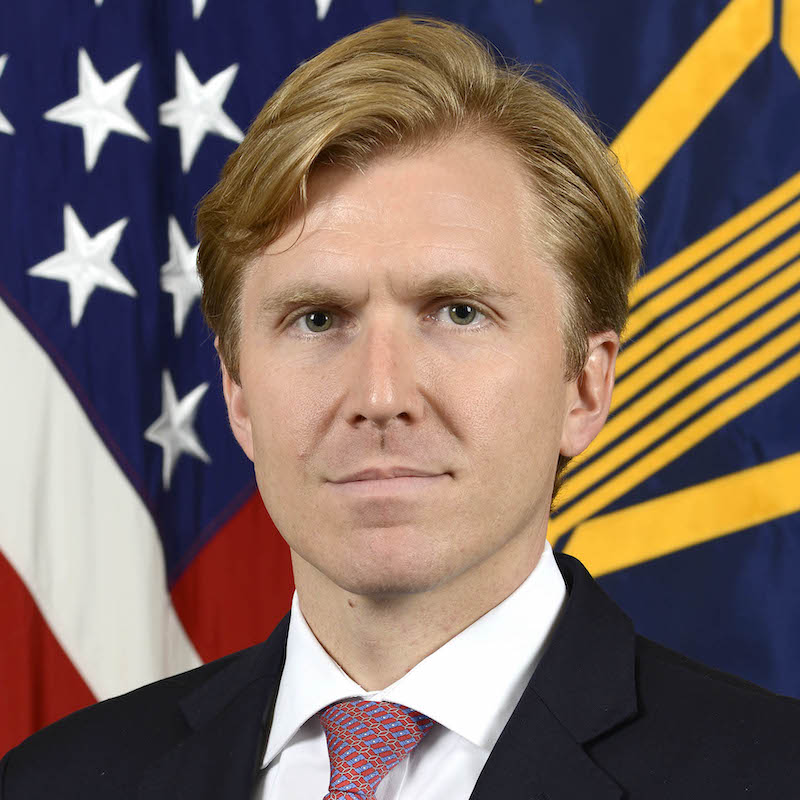 Elbridge Colby is co-founder and principal of The Marathon Initiative, a policy initiative focused on developing strategies to prepare the United States for an era of sustained great power competition. He is the author of The Strategy of Denial: American Defense in an Age of Great Power Conflict (Yale University Press), which The Wall Street Journal selected as one of the top ten books of 2021.

Previously, Colby was from 2018-2019 the Director of the Defense Program at the Center for a New American Security, where he led the Center’s work on defense issues.

Before that, he served as the Deputy Assistant Secretary of Defense for Strategy and Force Development from 2017-2018. In that role, he served as the lead official in the development and rollout of the Department’s preeminent strategic planning guidance, the 2018 National Defense Strategy (NDS). The NDS shifted the Department of Defense’s focus to the challenges to U.S. military superiority and interests posed by China in particular followed by Russia, prioritizing restoring the Joint Force’s warfighting edge against these major power competitors. He also served as the primary Defense Department representative in the development of the 2017 National Security Strategy.

Prior to this, Colby was from 2014 to 2017 the Robert M. Gates Senior Fellow at the Center for a New American Security. From 2010 to 2013 he was principal analyst and division lead for global strategic affairs at CNA. Earlier in his career he served for over five years in the U.S. Government working on a range of strategic forces, arms control, WMD, and intelligence reform matters, including service with the Coalition Provisional Authority in Iraq in 2003 and with the Office of the Director of National Intelligence during its stand-up in 2005-2006. Colby has also served on the staff of a number of government commissions, including the 2014 National Defense Panel, the 2008-2009 Strategic Posture Commission, and the 2004-2005 President’s WMD Commission.

Colby’s work has appeared in outlets such as The Wall Street Journal, Foreign Affairs, The Washington Post, The New York Times, Foreign Policy, and The National Interest as well as in international outlets such as Asahi Shimbun, Yomiuri Shimbun, Nikkei Asia, The Hindustan Times, The Australian, Süddeutsche Zeitung, Frankfurter Allgemeine Zeitung, Internationale Politik, Die Zeit, Le Figaro, The Spectator, Survival, La Stampa, The Taipei Times, Hankook Ilbo, The New Straits Times, and The Manila Standard. He is also the author of many book chapters, reports, and articles on defense and foreign policy issues. He has testified a number of times before Congress and the U.S.-China Economic and Security Review Commission. Colby is a recipient of the Distinguished and Exceptional Public Service Awards from the Department of Defense and of the Superior and Meritorious Honor Awards from the Department of State. A member of the Council on Foreign Relations and the International Institute of Strategic Studies, Colby is a graduate of Harvard College and Yale Law School.