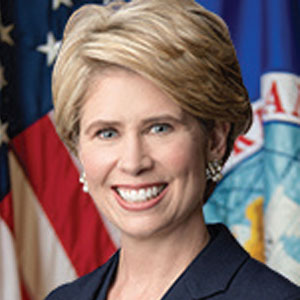 Former Chairwoman and President of the U.S. Export-Import Bank

Kimberly Reed is an executive and former public official, most recently the President, CEO and Chairwoman of the Board of Directors of the Import-Export Bank of the United States (EXIM), the first woman to serve in the post. She had previously served as President of the International Food Information Council (IFIC) and advisor to two separate Treasury Secretaries. She was the first woman elected as Chair of the Republican National Lawyers Association and is a life member of the Council on Foreign Relations. Reed was recognized as one of the “Most Powerful Women in Washington” by Washingtonian Magazine.