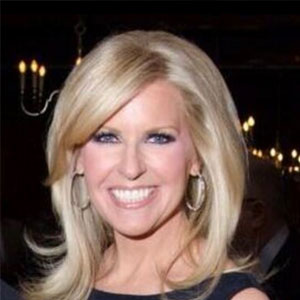 Monica Crowley served as Assistant Secretary of the Treasury (Public Affairs) at the United States Department of the Treasury. During her tenure from 2019 to 2021, she and the team she led conceived, developed, and executed the communications strategies for the Secretary of the Treasury, the Treasury Department, and the Administration more broadly during three historic periods: the longest economic expansion in American history; the worst economic crisis since the Great Depression; and the fastest economic recovery on record. For exceptional service to the Treasury Department and the Nation, she received the Alexander Hamilton Award, the highest honor bestowed by the Department. Previously, she served as a popular television anchor and political and foreign affairs analyst for the Fox News Channel, Fox Business Network, ABC News, NBC News, and other national networks. For several years, she was a regular panelist on The McLaughlin Group, and the host of the nationally syndicated radio program, “The Monica Crowley Show”. She is also the author of The New York Times bestseller, What The (Bleep) Just Happened? The Happy Warrior’s Guide to the Great American Comeback. While at the Washington Times, she was the Online Opinion Editor and Senior Opinion Columnist. Earlier in her career, she served as Foreign Policy Assistant to former President Richard Nixon from 1990 until his death in 1994, and wrote two bestsellers about her experiences, Nixon Off the Record and Nixon in Winter. A member of the Council on Foreign Relations, she graduated from Colgate University and holds two Master’s degrees and a Ph.D in International Relations from Columbia University.